Reason # 732 Why I love living in New York City 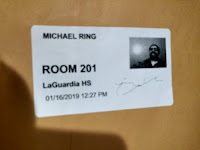 Last week I had to have some forms filled out by the attendance office at the high schools my kids graduated from last June. Not wanting to waste the trip I decided to call ahead to make sure this was doable. When I called my daughter's old school I got through to the correct office and was told that this was ok and I should get to the school between 9 AM and 4 PM and asked for Maria. 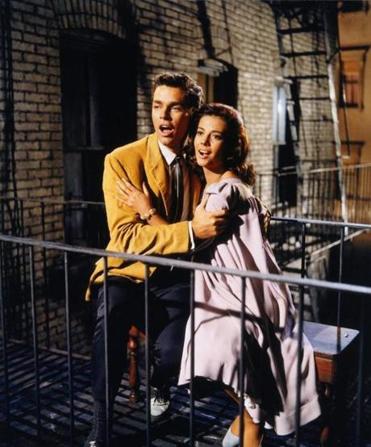 My memory is not so great and it really worried me that I would forget the name of the person I had a find by the time I got to Sabrina's old school.

Then it suddenly occurred to me that if I remember anybody's name is the name Maria that I will have to remember.

You see, Sabrina went to LaGuardia high school. LaGuardia High School is part of the Lincoln Center Campus on the upper West side of New York City. Before it was constructed the land at Lincoln Center sits on used to be would Robert Moses like to call "a slum".

But there was a pause between the eviction of the citizens from their homes and the destruction of these homes in order to build Lincoln Center. During that pause Jerome Robbins used the abandoned streets and fire escapes to film the outdoor scenes in West Side Story.

Posted by chickenunderwear at Friday, January 18, 2019