We had a fun day today.  We joined up the We Ride the Lanes to show our support for the new Bike Lane on Prospect Park West.
It is kinda silly hat we have "support" a piece of municipal infraction, a thing that makes live better.  A way to get from one place to another on a bike without blocking traffic. A thing that keeps auto traffic moving a t safe speed.  A thing that makes it easier to cross the street.
But some people think if interferes with their right to have their Fresh Direct truck double park in front of their coop.  So they spread a lot of misleading information designed to frighten the frightenable.  Just like the Tea Party.
Look at the bike lane.  (It is never this crowded)  Do you think that anyone would have a problem walking across?  Do you think anyone getting out of a car would not know that bikes could be coming from either direction? NOBODY IS GONNA GET HURT.  In fact by removing one of the three car lanes drivers less likely to race to the next red light.  Again, this is a safer roadway. 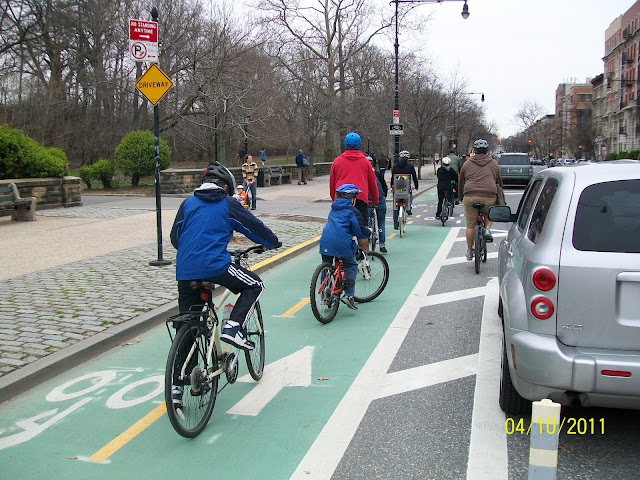 Anyway, the prairie dogs are back from their winter hiding place.  This is a good place to bang your head. 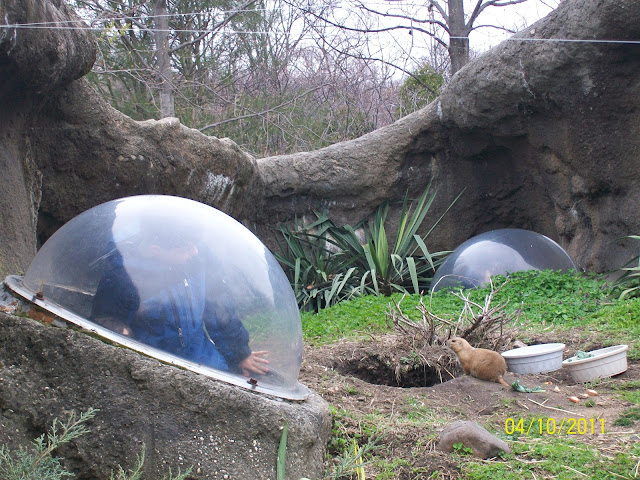 Posted by chickenunderwear at Sunday, April 10, 2011