I usually don't pay attention to celebrities. But, Tracy Morgan and I both spent last summer in the hospital, So, it really made me happy to see them on the stage at the Emmys of month ago. I also made a point of staying up late last night and watching them host Saturday Night Live.  Many people have told me how happy they are to see me recover. So, Tracy, I know you're an  A level celebrity and I am only a D level celebrity. And I know you'll probably never read this, but from one recovery person to another, I'm really happy for you. Congratulations!

But, I have to say the wonderful and obvious use of Larry David to play Bernie Sanders was wonderful. (See below). Probably more so than the directors thought. Of course they act and sound the same. They grew up together. They might not have known each other but they grew up together, or at least in the same world. 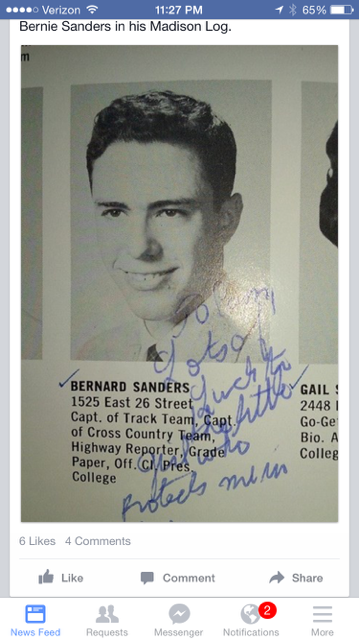 Bernie Sanders went to Madison high school (with my mother). When he was there he was captain of both the cross-country and track. When I ran track, for Sheepshead Bay, the only school we have a beat was Madison.

He graduated in 1959, two years after my mother and eight years before my neighbor, United States Sen. Chuck Schumer.

Madison probably had about 3000 people in it when my mom went to school. She wasn't friends with Bernie, but they definitely walk the halls together.

(I might be updating this soon if my mother can find a picture of Bernie Sanders in her yearbook.) 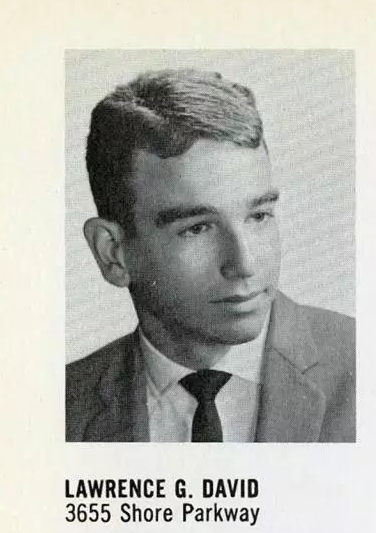 (Jerry Seinfeld was born in Brooklyn, but did most of his growing up in Massapequa. But on his TV show he went back to his junior high school with George. For the TV show they used the outside of Edward R Murrow High School. A few of my friends have taught there. In 2000 I was asked to be a Sing! Judge. I remember giving the senior band a high score for being able to perform so stoned)

S***** H***** I grew up with Larry and knew who he hung with, Bernie was not one of them. Maybe Larry's older brother Kenny who I believe went to Madison knew Bernie. )

I can't find any evidence on the Internet that Larry and Bernie ever met when they were growing up. But it is pretty clear that they grew up in the same world.


Posted by chickenunderwear at Wednesday, February 03, 2016