I just finished my third round of early voting and elections a work . As I reported earlier it's a very rewarding job. In November of 2020 I worked at the Barclays Center. It was very busy and because we were at a iconic location there was a lot of media and a lot of people were bringing us free food. This past June I worked at New York City Technical College on the very busy intersection of Jay Street and Tillary. it was a primary and the first time New York City used ranked-choice voting so it was busy for each voter but overall we had a lot of downtime. I was in the background of a news article about voting and I wrote about it here.

Yesterday was another election day here in New York City. My regular assignment for election day has been PS 321. it is the place where I regularly vote and it's the place where my kids went to school. I really enjoy working there because it's full of familiar faces. and there's usually a bake sale out front. I enjoy it because I actually used to work with the PTA there so it's a place where I can chat while I'm helping voters. 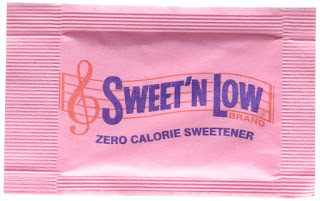 I was asked by the second shift of bake sale parents if Chuck Schumer had already voted. He had . They pointed to the  Sweet'N Low put out in front of their coffee. They were disappointed it would not be used.  In the generational handbook that is passed down to every PTA parent who is organizing the bake sale at election day at part of the instructions say that they need to have Sweet'N Low for Chuck Schumer. That's how I knew I was in Park Slope

Last week I did my early voting work at The Brooklyn Museum . It was nice to be walking distance away for eight  long days of employment,  and on our breaks we got to enjoy the museum . On of the exhibits was Interactive and we were encouraged believe souvenirs on it. 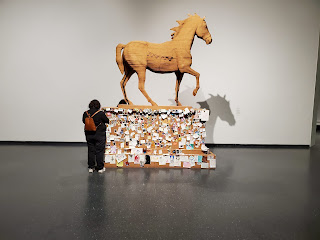 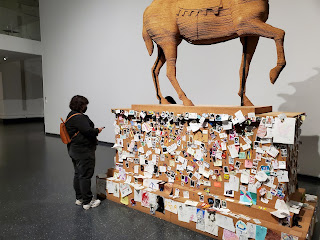 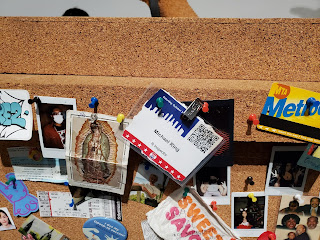 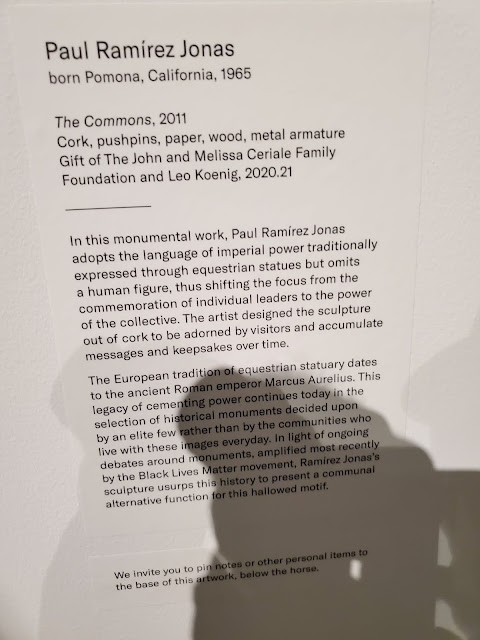 Posted by chickenunderwear at Wednesday, November 03, 2021