Some things I recently saw 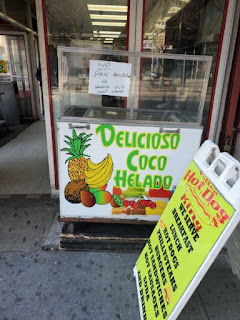 Lately, I've been spending a lot of time in Downtown Brooklyn..... Fulton Street near Hoyt St. For a long time Brooklyn Heights Fulton Street would be thought of as a place that has always been in need of gentrification . It was one of the first streets to be close to traffic so people could shop on it. But even then it's  still considered an area in need of development. 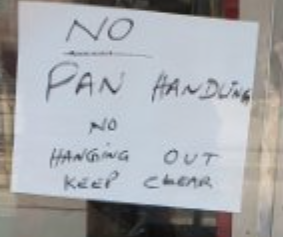 This sign above the hot dog stand explains everything 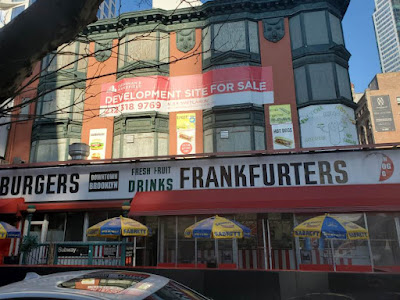 The future is right next door . Here's a picture of the backyard of 11 Hoyt Street as seen from the 5th floor of the building across the street. 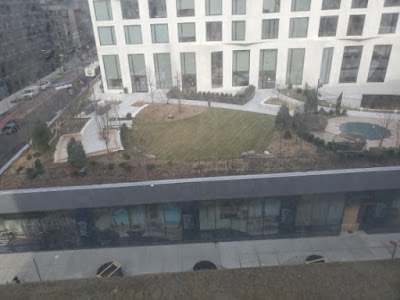 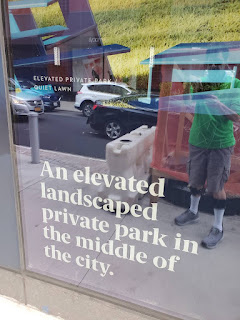 I guess the wealthy people who move to Brooklyn are going to like the concept of a backyard better than actual backyard. This won't give them any sense of neighborhood and is marketed as a place where they could not interact with the community.
I don't think these people are going to be looking for a fried chicken sandwich.
I don't know, 30 years ago I moved into a neighborhood and was part of the gentrification process. I think I did it a little more slowly 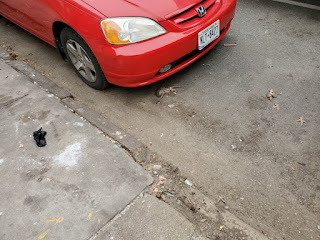 Speaking of slower gentrification . Last week I helped my oldest child move into their new apartment.The real estate people call it East Williamsburg. I just call it Bushwick .Either way the friendly motorcycle gang down the block didn't seem to care about anything . Nierher did the local wildlife. But I did appreciate the honesty on the sign on the side of the building. 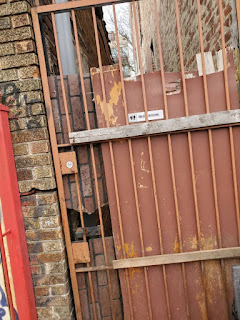 So looking back at my youth I think I'd rather live In a building that has a stoop like this then one that has a website like 11 Hoyt Street.
Posted by chickenunderwear at Saturday, March 12, 2022